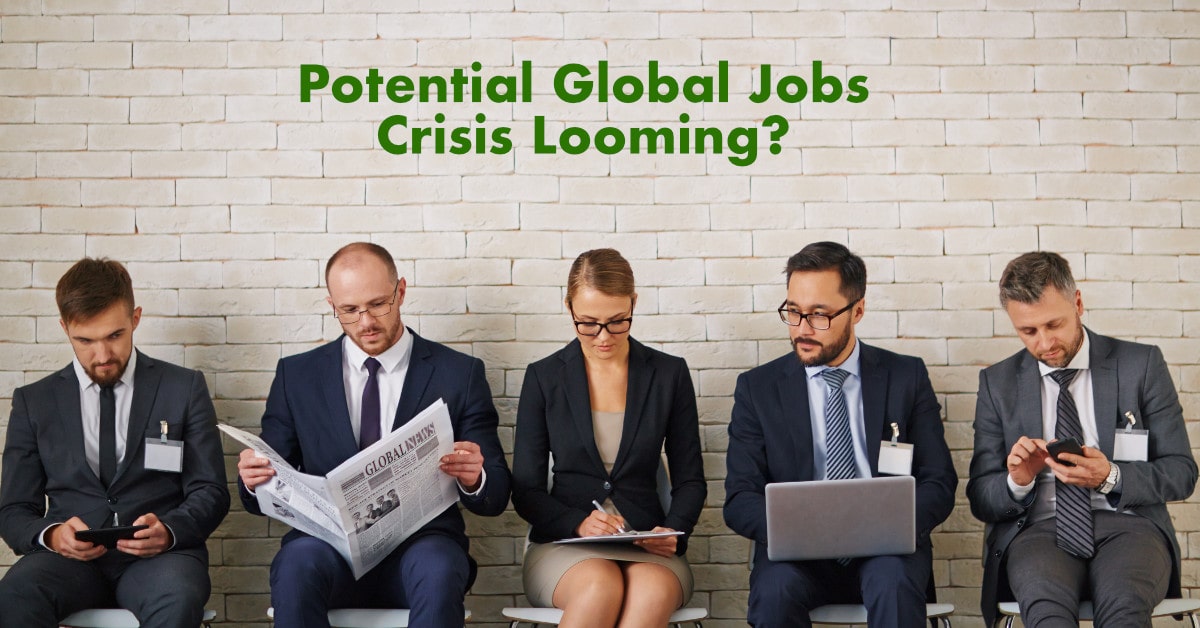 In this review article, I am going to look at a YouTube video called “A job’s crisis is about to explode” by Neil McCoy-Ward.

The topic presented in this video is a potential jobs crisis that’s going to hit the United States and potentially the whole of the Western world. He differentiates the crisis as being something different to what is already happening with job layoffs in restaurants, the hospitality industry, the travel industry, etc.

This situation is different in that it’s going to affect middle management and more senior positions. And is likely to eventually hit at the end of 2021 going into 2022.

Could this be the time to diversify into freelancing so you have your fingers in a few pies?

Many Employees Not Wanting To Return To Their Old Jobs

Neil explains that there has been a study conducted amongst people working remotely during this period. These include remote workers or people travelling on the road. The study found that 70% of these people did not want to return to the office but wanted to remain working remotely.

The main reason given for wanting to remain working at home is their standard of living is much better. By working at home, it removes the need to commute to work. They can spend more time with their families and other benefits that working from home provides.

The study mainly relates to information workers and not to people that have to be in a certain location to do their work.

Exodus Away From the City – The Comfort of Remote Work

Neil goes on to explain that these white-collar information workers a moving out away from the cities. They are having to compete for houses in these areas as these people decide to migrate.

He talks about a clash between the needs of these information workers and the needs of the employer who wants them back in the office. With there being so many jobs available employees can be quite picky about what position they take on. This inevitably causes a conflict.

In terms of job loyalty, it has been shown that employees that work longer at a job can earn up to 50% less than employees that haven’t been in the job as long.

However on the other hand if an employee has spent less time at the job they are more likely to be made redundant in favour of the longer-term employee.

He uses the term “last one in, first one out” to describe this scenario.

The Unemployment Rate Has Stabilized at a Higher Level

With so many people out of work and receiving supplement unemployment benefits, it has given them time to learn new skills to pursue different job avenues. Individuals have had more time to consider their career path rather than staying in a job that they do not like.

There was real concern in 2020 that everyone would lose their jobs, however, this didn’t eventuate. Yes for some in certain Industries they did lose their jobs. But for the vast majority, they were fine. Surprisingly, it is caused the reverse problem. People are quitting their jobs.

Generous Incentives for Employees to Return to Work – But is it Enough?

The work situation in the United States has become that bad that some employers are having to provide incentives for workers to come back to work. They are paying up to $1,200 enticements.

Neil speculates that it is the unemployment benefits that are preventing some employees from going back to work. They have become comfortable in their newfound lifestyle and are questioning why do they need to go back.

A big problem is that employers, in general, have just been looking at the bottom line only. They haven’t been considering their worker’s needs. So profit over the needs of the employee’s.

A lot of employers probably thinking they should have treated their workers better but it is too late now. The workers now have newfound freedom and are unwilling to return to the workplace.

One of the biggest takeaways from this whole situation is the effect of unemployment scarring. This relates to 60% of the workforce that works for SMEs, small to medium enterprises. A lot of these SMEs had to close their business during the crisis. Larger businesses were generally fine because of the large capital reserves that they hold.

Neil questions why the statistics are not matching the reality with unemployment numbers. He believes these SME’s are not going to bounce back as easy as what is generally thought. His outlook is that this situation is going to cause a crisis not only with SME’s not returning but also for larger businesses eventually. With more people out of work, they spend less, in turn affecting the whole economy.

A Lot Of People Are Reassessing Their Lives Although Be Prepared, Be Diversified

An interesting point made in the discussion is that people have had more time to think about the job that they have been doing previously. And in a lot of cases, they have time to consider that they may not have liked the type of work that they were doing.

So it’s going to make it hard for these employees to return to the workforce. Everyone has been reassessing their lives.

A word of advice is given to make sure you are prepared for a potential crisis coming in the next couple of years. To help prepare yourself, diversify your income sources.

Neil gives an example that he has diversified into his digital assets. This being his YouTube channel, the online community that he is built and so forth.

Is this perspective enough to leave you shaking in your boots? Time will tell. Hi there, my name is Dean Usher the creator of Website Library. Welcome to the companion blog site.

Disclosure: Some of the links on this website are affiliate links of which Website Library receives a small commission from the sale of certain items, however the price remains the same for you. For more information please read the Affiliate Disclosure.